Good day everyone. Jude here, and with some prompting by the Holy Spirit (acting through some good friends of mine) today I’m presenting you with some important information on the SCOTUS ruling last week and how it relates to the ministry here at CFF.

What’s the CFF stance on homosexuality?

While a more in-depth study is forthcoming, we would like the state the following now:

The Christian Furry Fellowship affirms the biblical truth that engaging in sexual activity with someone of the same gender is sinful. In addition, we affirm that the Bible – except in regards to lust and wanton desire – does not directly speak about the attractions and feelings that make up most of a person’s sexuality. We hold that one’s sexuality isn’t always chosen or voluntary – but that doesn’t absolve one from how he or she uses that sexuality.

Sexual temptation, indeed all temptation, is ugly and powerful, but CFF is a safe place. This community exists to give mutual support and grow in Christ, to seek and receive help with our temptations. You will not be hated for being homosexual here. You will be loved and supported in your fight to love and serve God obediently and completely – mind, soul and body.

We have a “secular” or civil domestic union, where the civil authority records that two people are living and working together for whatever paperwork or bureaucracy requires that data. Governments only started keeping track of these unions for their own purposes (such as taxes or policy) less than 300 years ago.

Next we have a “religious” or “cultural” union, thousand of years old that was instituted in the earliest of cultures for stability, long-term protection and procreation. For Bible-trusting Christians, there is an additional deeper meaning and symbolism behind this union.

(You’ll note that “love” – at least in the definition most use today – was never the primary purpose or reasoning for marriage.)

Unfortunately, in today’s world, they both go by the name “marriage” which has led to a muddling of purpose and an unfair “merging” of the two into one hybrid institution. That’s not to say that the two are mutually exclusive, just that they aren’t the same thing.

The Supreme Court of the United States may have redefined civil marriage but they did not do anything to change cultural or “religious” marriage. And for the Christian, for reasons that I’ll explain in a later post, they really cannot.

CFF is perfectly okay with those who choose to enter into such civil marriages, just as long as they do not try to put words in God’s mouth, or assert that He’s “changed his mind” about what He says about marriage. (We still hold that sexual activity between two people of the same sex is sinful and cannot accept its normalization.)

The Bible gives a pattern for what God considers a spiritual marriage – the lifelong union of a man and a woman, for the having and raising of children, for the increasing Christlike-ness of the husband and wife and as a living symbol demonstrating the commitment and love between God and His people (or Jesus and the Church).

We know that many of these perspectives are not generally popular – with either Christians or the LGBT community – but this is the only position that gives proper justice to what is clearly taught in the Scriptures. 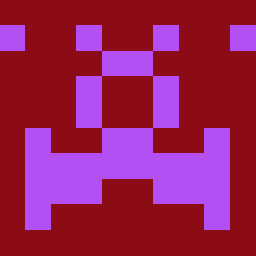